2010 & 2012 & 2016 Oscar Shortlisted Documentary Film Producer Tamara Henry, M.A.
Henry is the producer of a series of military films that began in 2008 which culminated in the repatriation of 36 U.S. Marines in the summer of 2015
​and you can buy them at Military6Pack.com
Tamara attended the Marine Corps Ball November 14, 2014
Tamara attended the Marine Change of Command Ceremony July 30, 2015 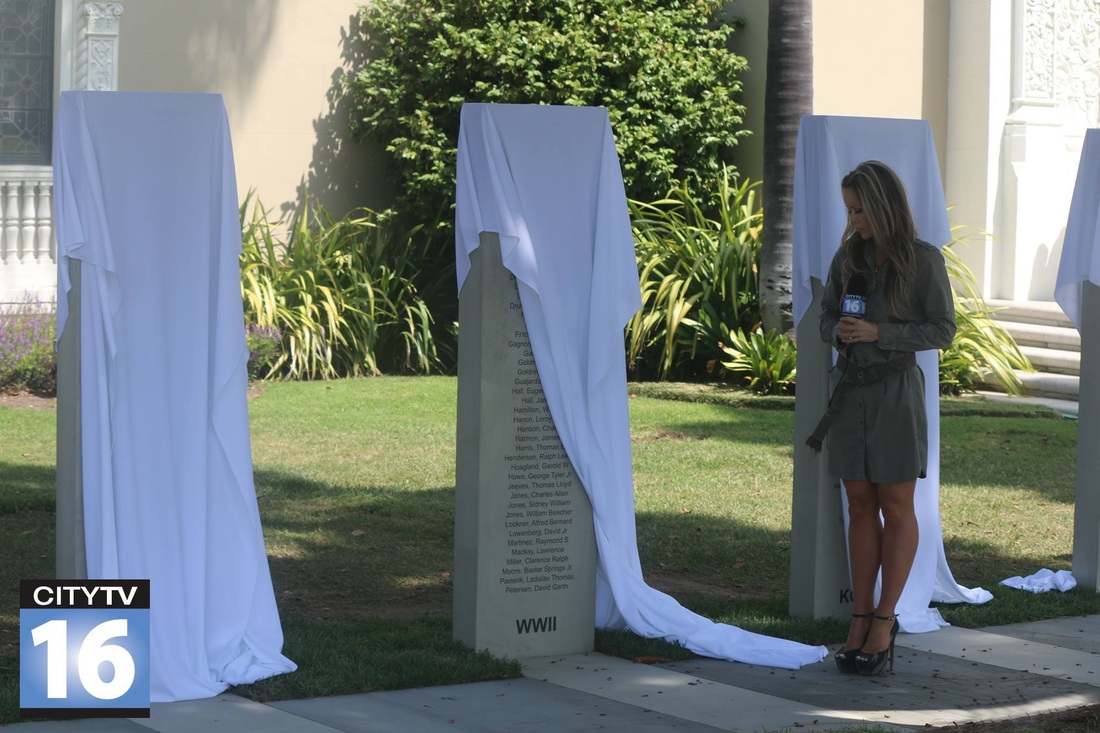 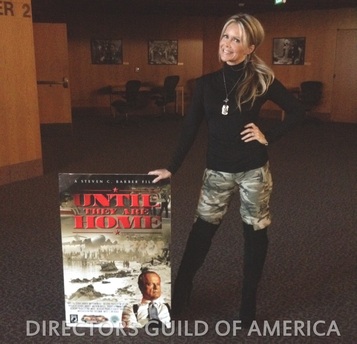 2016 Simon Wiesenthal Center Museum of Tolerance Veterans Day Premiere of Tamara's sixth film Never Surrender (2016 Oscar Shortlist) narrated by Josh Brolin, with the song "Colors Of Freedom" on the soundtrack performed by Kenny C and Tammy Cash as part of the The Kenny C Gospel Choir, along with "I'm Back" by Edwin McCain. Tammy Cash sang the National Anthem after the colors were presented on stage before the movie.  https://www.facebook.com/NeverSurrenderEdRamsey/

2015 DGA Directors Guild of America Memorial Day Premiere of Tamara's fifth film Return To The Philippines narrated by Ed Harris, with the song "Coming Home" on the soundtrack performed by Kenny C and Tammy Cash, along with "Troubled Man" by John Mellencamp. Now on Netflix. The film was first shown at the home of Frank Luntz.
https://www.facebook.com/ReturnToThePhilippines

2013 Veterans Day Premiere of The Carrier where Tamara sang the National Anthem:
The Carrier: https://www.facebook.com/pages/The-Carrier-Documentary/135293466566455

Inspirational filmmaker Tamara Henry, MA is a producer for Unbeaten, narrated by Dan Aykroyd, a documentary film on the 2010 Oscar Shortlist for the 83rd Academy Awards which TIME magazine named Top 10 Olympic Film of all time in 2012. She is the co-founder/creator of Vanilla Fire Productions. She is the associate producer for the World War II film Return To Tarawa: The Leon Cooper Story, narrated by Ed Harris and the producer for the sequel Until They Are Home narrated by Kelsey Grammer, which was invited to be screened in September 2012 at the United States Capitol. Until They Are Home is on the 2012 Oscar Shortlist. Never Surrender, narrated by Josh Brolin, was screened at the Simon Wiesenthal Museum of Tolerance and the Ronald Reagan Presidential Museum and Library. Never Surrender is on the 2016 Oscar Shortlist.

Tamara is the VP of Social Media for Vanilla Fire. @VanillaFire on Facebook and @Vanilla_Fire on Twitter

Tamara has worked in television production since 1995 and produces in the studio and in the field with extensive coverage of red carpets for film festival circuits, award shows and celebrity events. She is a registered producer at Discovery Communications, having co-produced a film that aired on the Military Channel for four years, and appeared on CNN Larry King Live on December 19, 2009 and on Larry King Now on February 25, 2013.

Ms. Henry has earned a Master’s Degree in Spiritual Psychology with an emphasis in Consciousness, Health and Healing. She is dedicated to conscious content and positive programming, and belongs to various Los Angeles groups that are dedicated to meaningful media and enlightened entertainment. Ms. Henry has worked as in the media covering Women In Film events throughout the years and she is a member of the Alliance for Women in Media. She can be seen at film festivals asking, “Can film change the world?” Ms. Henry has interviewed film actors including Morgan Freeman, Sir Richard Branson and many more like Norman Lear and James Cameron on deeper issues facing humanity.

Tamara was born at the Ft. Belvoir Army Hospital, Alexandria, VA near DC while her father served at the Pentagon from 1958 to 1973… one year in Korea… three years at the American Embassy, Bonn, Germany… and one year in Vietnam. He worked in Intelligence/Communications as Assistant Chief of Staff for Intelligence, and received the Bronze Star for ground operations against hostile forces in Vietnam during the Nixon Administration.

Tamara is also ready to produce her first feature or docuseries for TV !!
www.QuantumLeeper.com 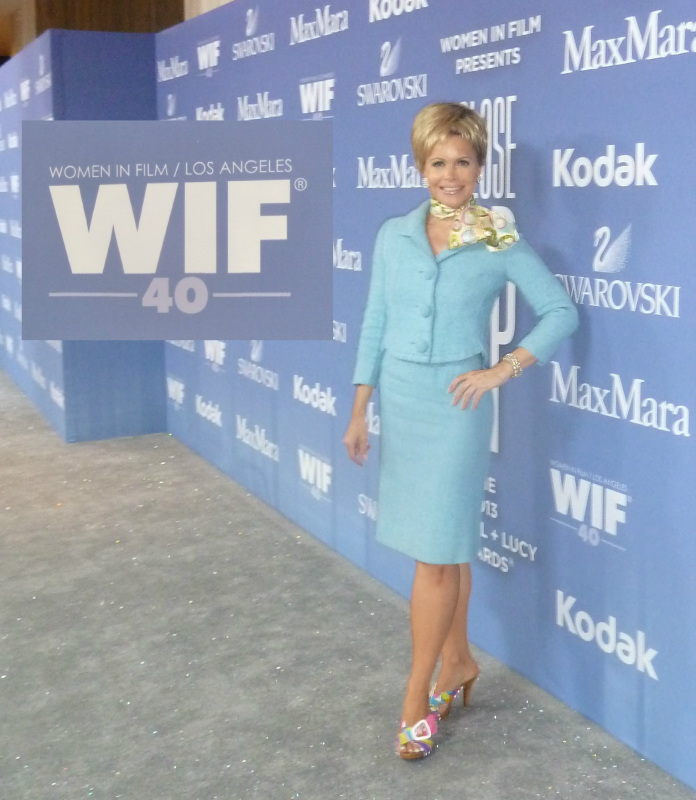 I am so grateful; I feel like my prayers have been answered.
I am a female military filmmaker and I prayed two days ago that somehow I could honor my father's service in the military. He also has two grandsons who are currently serving.

I have made military films that have featured another WWII Vet here in California, but my family is from Arkansas and my Dad 78 lives in Heber Springs. One grandson is in Florida and the other was an hour north of London in the United States Air Force, 422 Security Forces Squadron for 15 years and an E6 Technical Sgt and is now in Denver, Colorado.

The other grandson lives in Florida and is the Acoustic Operator at Patrol Squadron EIGHT (VP-8) and Aircrew at U.S. Navy and he was part of 16 War Eagles. It's really sad to see them always leaving their little ones behind.

I love my Dad very much and I was born at the Pentagon in 1971 - he served there for 20 years. But I grew up in the south singing and dancing and enjoying the freedoms he fought for. He received the Bronze Star for ground operations against hostile forces.

His oldest son, my bother, is a preacher and doctor in Batesville, Arkansas and has two sons as well. He also has two daughters. Two "preachers daughters" (one who just had a Redneck Barbie Camo Wedding this Valentine's Day 2014) and I am a preachers sister and a military filmmaker who is terribly sad that I was never able to make any of my military films about my OWN military family. Two days ago I got on my knees and told Jesus and God how special they are to me and how much I miss them. I always wanted to be a military media woman like Lara Logan, but I am a sweet southern belle with a big heart and I was touched when I heard about this casting because it really feels like my prayers were heard.

The two grandsons in the military belong to my other brother Ted who lives in Redfield, Arkansas. I also have a cousin who served. I probably have more family members who served that I'm not thinking about right now. I have made military documentaries... but I have always had an empty place in my heart that I was never able to tell the story of my OWN family.

I even have a video clip of me talking with James Gandolfini at the Oscars Documentary event where he and I were talking about our war fathers... just one month before James died of a heart attack. My heart hurts because I feel I have a story inside of me about my military family that needs to be told.

I have a masters degree in Spiritual Psychology and my mission and purpose in life is to create meaningful media. As the daughter of a war hero, my heart hurts because I have not been able to tell the story of my Unsung Heroes.

p.s. i have video of all these military film premieres where these films are not about my Dad, but I talk about him before each film. i even have a sweet video about my Dad on the phone talking to me about his time in the service
here is an example of one of the videos I have: http://youtu.be/IpbiSlwOSJQ
The Army’s Hidden Treasure
30 minutes outside Washington, D.C., at Fort Belvoir, Alexandria, Virginia...
MILITARY FILMMAKER TAMARA HENRY WAS BORN WHILE HER FATHER (WW HENRY, BRONZE STAR RECIPIENT) WAS SERVING OUR COUNTRY IN INTELLIGENCE AT THE PENTAGON.
Tamara gave her Japanese WWII Helmet to Tom Hanks. Tamara has flags, canteens, and bullets from the South Pacific from WWII. 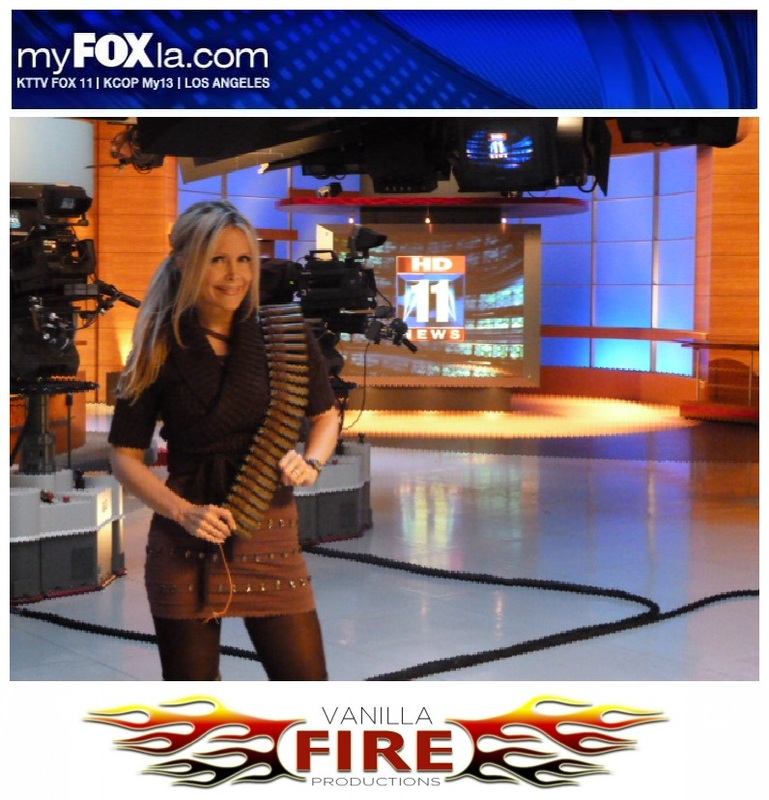 Vanilla Fire produced this piece on Jan C. Scruggs and the energy behind the Vietnam Memorial Wall in Washington DC:

VANILLA FIRE: Serves the military, passes the torch and continues the legacy.

Follow Vanilla Fire on "The Doc Side" as we take America on the road, behind the scenes, inside the Olympics with established Olympic filmmakers Vanilla Fire whose first Olympic film was funded by Mark Burnett and JP Dejoria, made the 2010 Oscar Shortlist and was named Top 10 Olympic Film of All Time by TIME magazine.
Vanilla Fire has been to Beijing 2008, London 2012 and Rio, Brazil 2016.
"The Doc Side" will soon travel to Boldt Castle at The Thousand Islands in New York and then ultimately
to The Vanilla Islands in Tahiti where Marlon Brando lived.
https://www.facebook.com/TheDocSideOfFilm 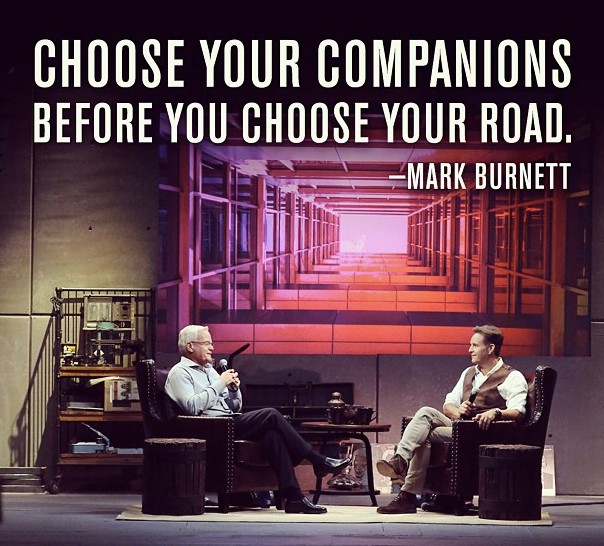 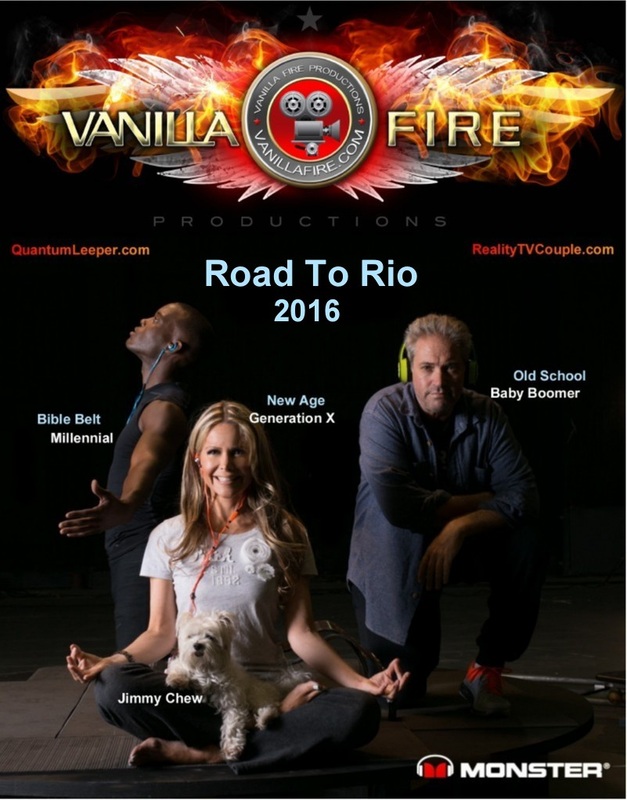 Follow Vanilla Fire on "The Doc Side"
as they take America on the road again
Serving the military, passing the torch and continuing the legacy.
Hello Casting!
We are a multi-generational military family carrying out the legacy of the first WWII military combat film photographers and Intelligence Communications. We are serving the military by telling the stories in film and television and new media.

I was on ABC News in DC for our documentary Until They Are Home:
https://www.youtube.com/watch?v=96-1Po9XsZU

My father was at the Pentagon for 20 years (on and off) in Intelligence.
http://youtu.be/J_5efC3lC78

I was born at Ft. Belvoir Army Base while he received the Bronze Star
and his grandsons (my nephews) are serving now:
http://tamarahenry.weebly.com/documentary.html

My nephew Kory Henry was in Milton Keynes, UK and is now in Denver, Colorado:
https://www.facebook.com/USairforce

Following in the footsteps of my Father who worked in Communications in Intelligence and served our country,
since 2005 I have been serving our city in communications for television broadcast on local city tv.

I work with Military Filmmaker Director Steven C. Barber who attended
Augusta Military Academy in Ft. Defiance the late 70s
I was born in Ft. Belvoir in 1971