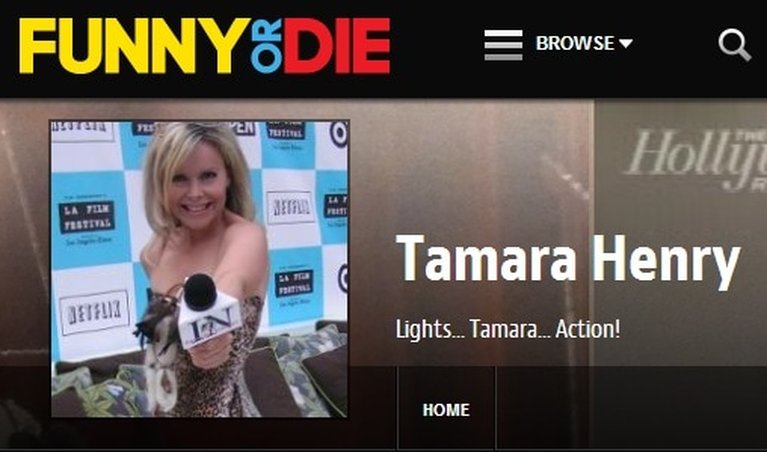 Winner of "RuPaul's Drag U" Beauty Queen episode on LOGO

Winner of "Who Wants To Date A Comedian" on CW

Auditioning for "The Gong Show" Spring 2017 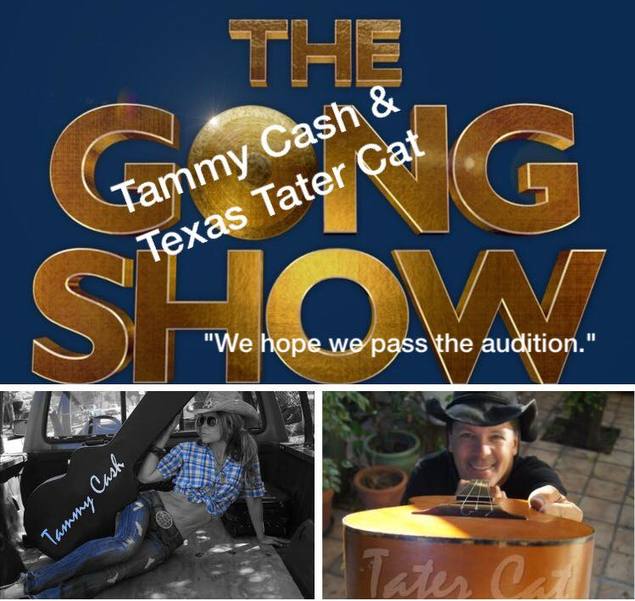 Our next comedienne was the winner of "Who Wants To Date A Comedian" on the CW...
and she also won the Ex-Beauty-Queen episode on "RuPaul's Drag U!"
​This Southern-Belle Hell-Cat happens to be
an IN-LAW of the Legendary Johnny Cash!
Call her an IN-LAW ... call her an OUTLAW...
Let's hear it for ... Tammy Cash! 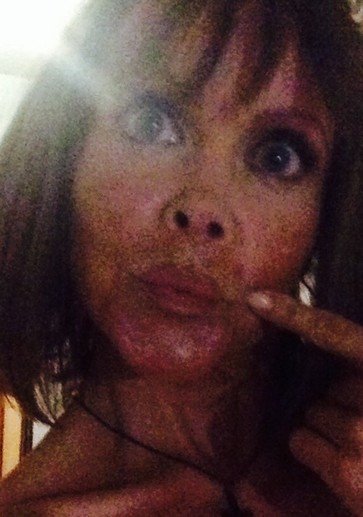 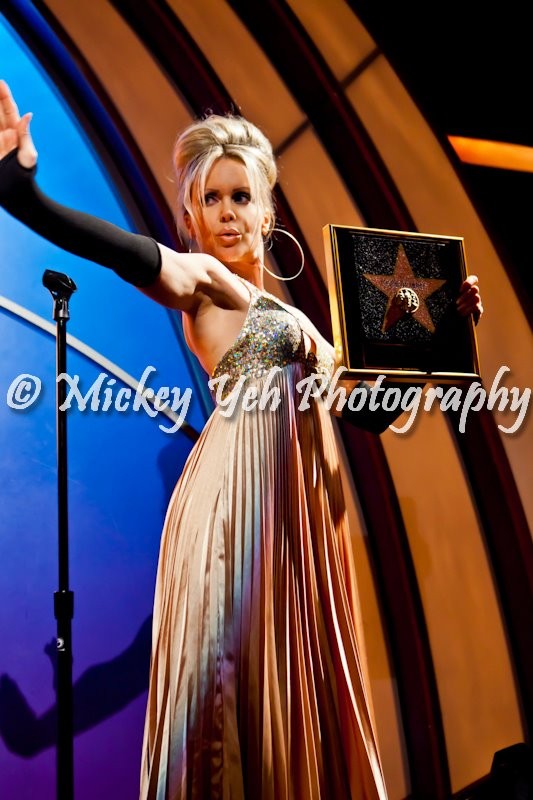 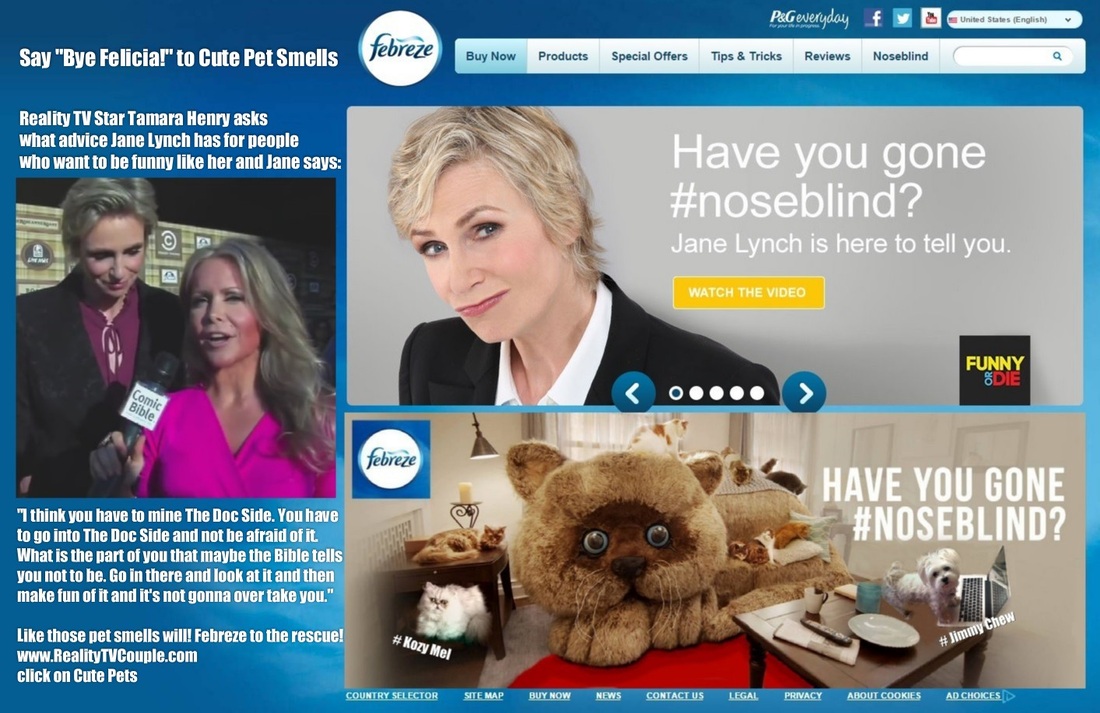 Funny Girl Tamara Henry is the "Marion Davies" schweetie that lives in the heart of Charlie Chaplin's old stomping grounds in Venice, California. 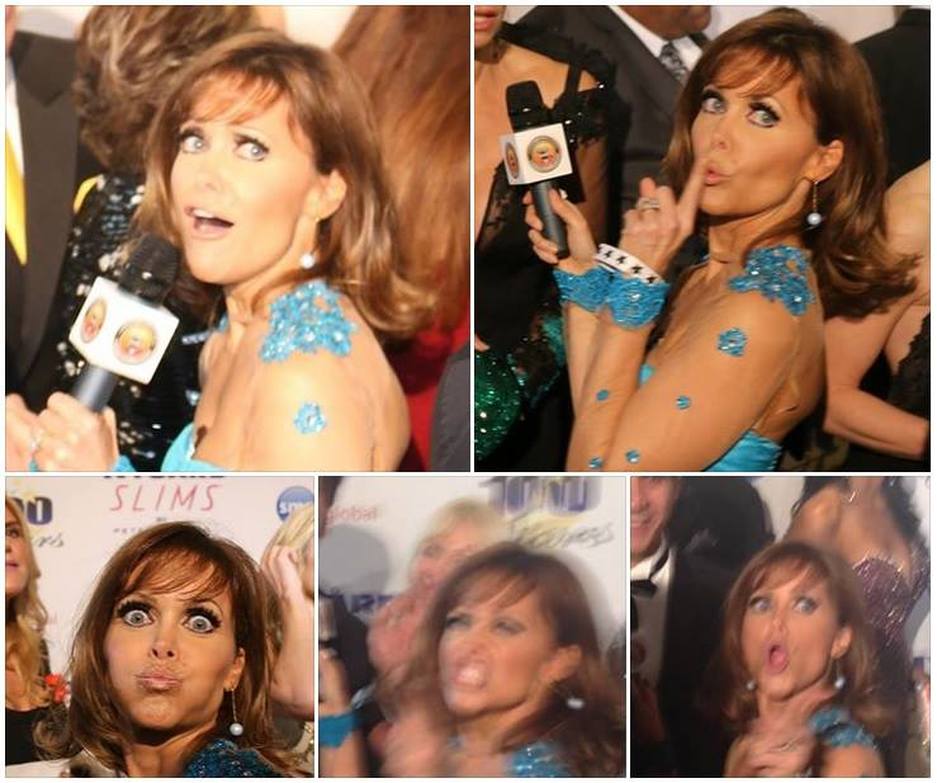 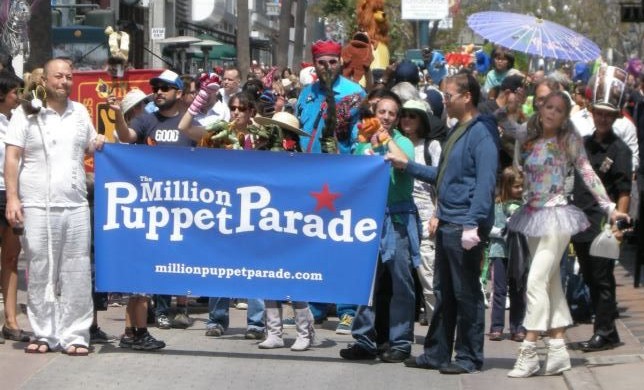 Is she an Anchorwoman? Or is she a Sock Puppet? 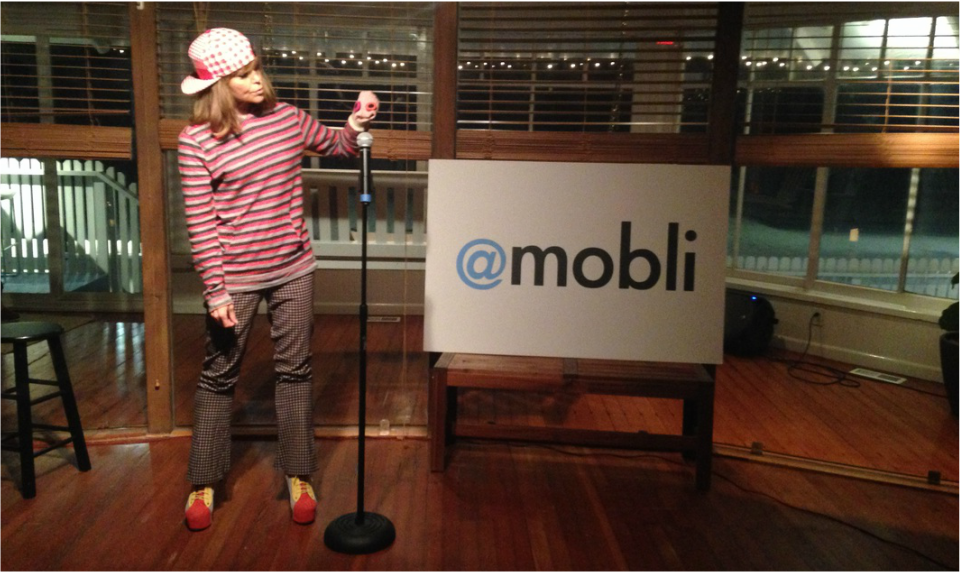 BELOW: Sock-O at The Expandables and then some rip off sock puppet impostor

Joan Rivers saw RED at the launch of Fashion Forward
when Tamara's Oscar night video played on the big screens
at The Paley Center for Media in NYC May 11, 2011 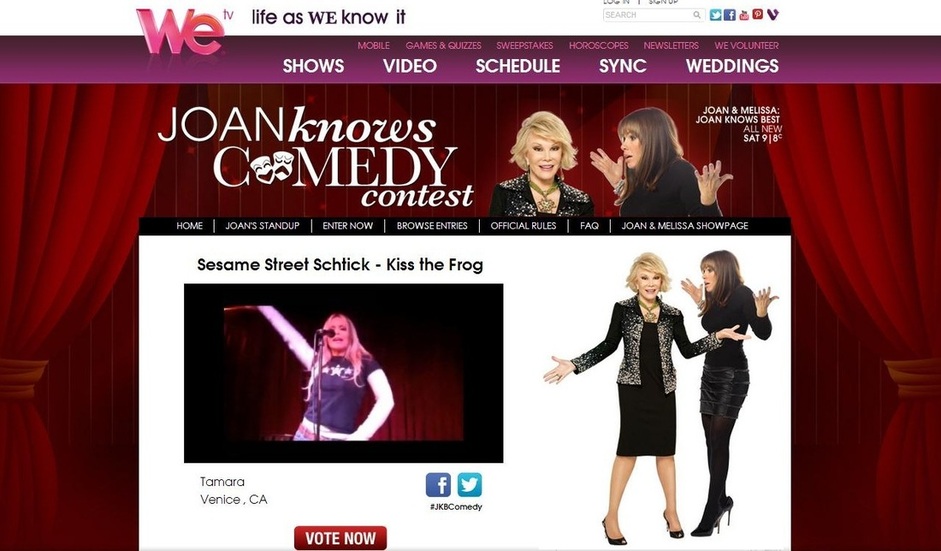 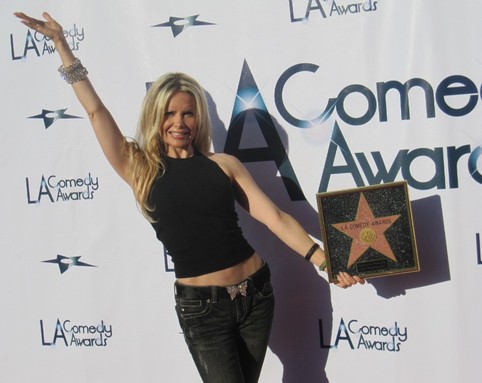 Tamara is the recipient of the 2013 LA Comedy Awards - Reality TV Celebrity.

Southern Sweetie WINS "Who Wants To Date A Comedian" on the CW 2012
﻿
Tamara is the recipient of the 2011 LA Comedy Awards - Most Hilarious TV Host. 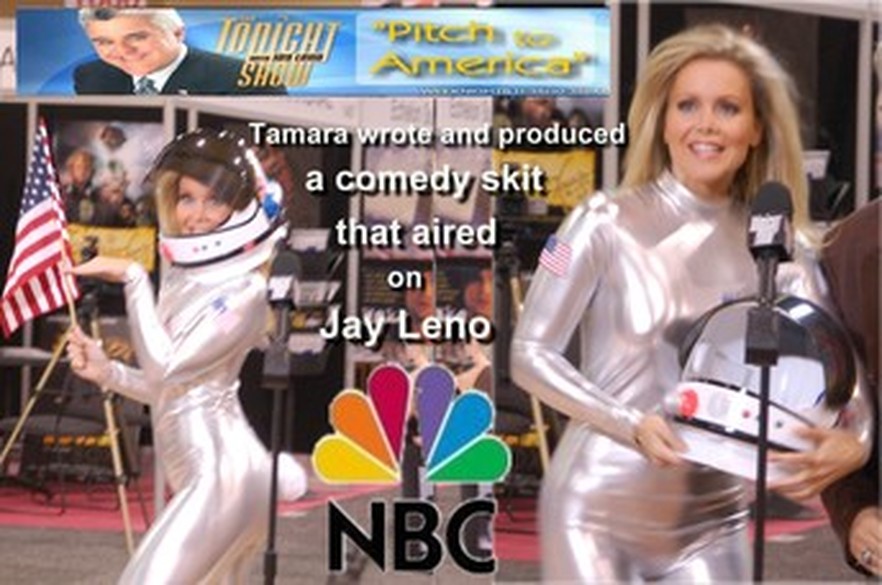 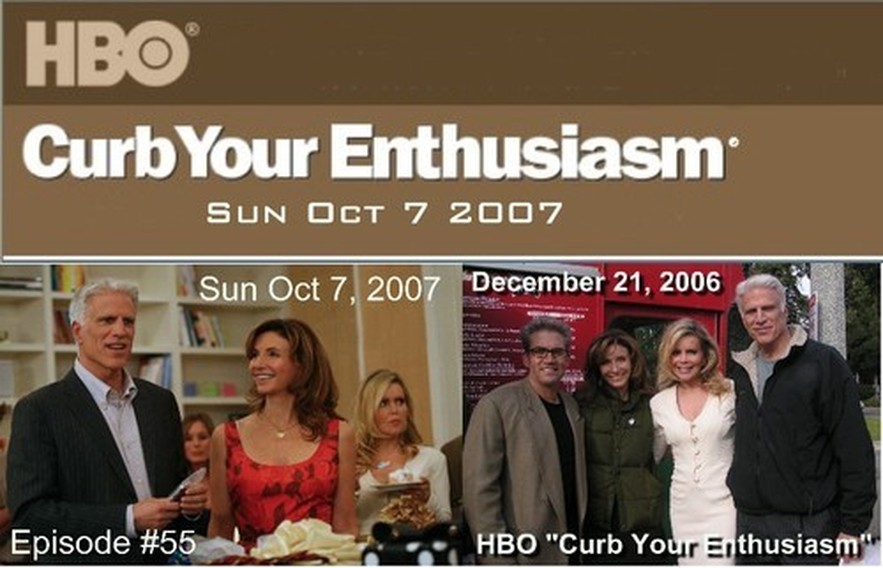 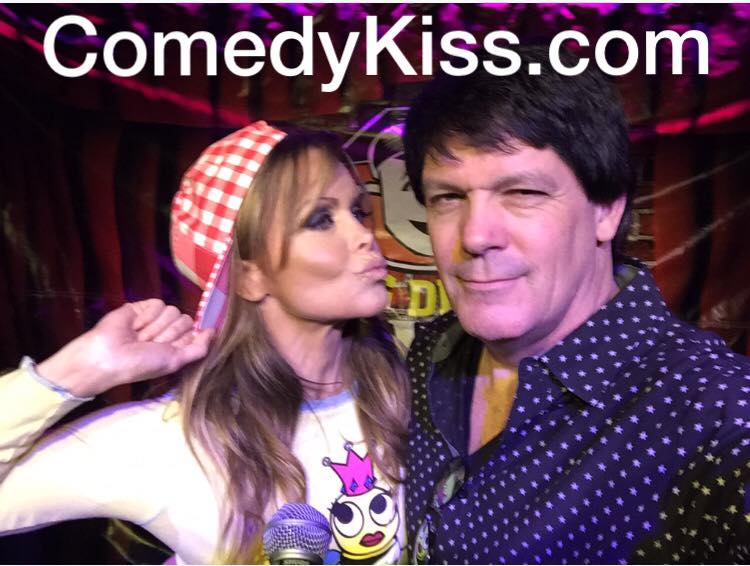